It was written but never published. The book was named The Right Side of Forty: The Complete Guide to Happiness for Gay Men at Midlife and Beyond. The book was fully edited, the cover designed, ready for publication. There’s still a page for it on Amazon’s Canadian site, even an entry on Google Books. But the book was never printed. Two weeks after the author completed final editing, six years ago today, he committed suicide. He was forty-nine.

His name was Bob Bergeron. He was one of the beautiful people. After a nervous and awkward early adolescence, he started working out, fanatically. By the time he reached adulthood, he was built. He was handsome. He was smart. His parents loved him. He had two long relationships with men who remained his friends. He had a thriving practice as a therapist in Manhattan, lived in a condo in Chelsea, took semi-annual vacations to Europe. He was beautiful.

But it wasn’t enough. Nearing age fifty, Bob had a sense that the best years were behind him. A patient of his, according to a piece in the New York Times, recalled Bob saying that every gay man peaks at a certain age. “I peaked when I was thirty or thirty-five,” Bob said. “I was super-successful, everyone looked at me, and I felt extremely cool in my sexuality.” His vision for life after forty was one of “happiness, feeling sexy, possessing comfort relating to other men and taking good care of ourselves.” He wrote his suicide note on the proof of his book cover, with an arrow pointing to the title and the words, “It’s a lie based on bad information.” On New Year’s Day 2012, Bob brought his life to an end. (Read more at Advocate.com.)

From the few sentences I can find about the book, it seems Bob’s vision for life after forty looked a lot like his life before forty, but fading. Maybe that was the problem for him. It’s hard to say. Still, I can relate to the challenge Bob was facing. I too wonder, how is life supposed to look for a gay man after forty? Or fifty? Or sixty? What makes it a life worth living?

How is life
supposed to look
for a gay man
after forty?
What makes it a life
worth living?

It’s not an easy question to answer, at least for this 58-year-old single gay man. Unlike our straight counterparts, we have few examples to follow. The Stonewall riot was in 1969, when I was ten years old. Most of the first members of the modern gay liberation movement were scarcely ten or fifteen years older than me. Many of the brightest and best of that generation were lost to AIDS in the 80s. Because of that generational loss, the gay community has remained to this day largely a young culture. Our cultural youth, so to speak, has been unnaturally prolonged. But that is changing, as it must. Men of my generation are blazing the trail of gay eldership for those who follow. How can we be thoughtful about our choices?

The Four Aims of Life

I’m inspired by the Hindu idea of the four aims in life. They provide a good framework for thinking about these questions. They are known collectively in Indian culture as purushartha, human goals, a combination of the Sanskrit words purusha (person) and artha (meaning, purpose). These are aims that give a person’s life meaning. They are not imposed from the outside, say the Hindus, but arise naturally from within.

The four aims are kama, artha, dharma, and moksha. I use the Sanskrit words, since some of them do not translate easily into English. A rough translation might be:

Dharma is probably the most difficult word to translate here. Perhaps you’ve heard it in a Buddhist context, where it usually refers to teaching. In general, dharma is the inherent structure of things. So, when used of a person, dharma refers to the way one is wired. It is virtue, in the ancient sense of “personal power.” It is the structure of our personalities, and our potential to make a difference in the world. So, perhaps purpose can serve as an approximation of the meaning.

The wisdom of the Hindu tradition is that we should pursue all four of these aims. Except in rare circumstances, we should not abandon any of them. In the great Indian epic The Mahabharata, the ancient sage Vaishampayana advises the king, “A man must not be too prone to dharma, not too prone to artha or kama, but always cultivate all three.”

Yet the balance of these aims will change depending on one’s phase of life. “One should pursue kama in the first, artha in the middle, and dharma in the last part of one’s life, one after the other,” said the sage. Know what phase of life you are in; but over the course of your life, you “should cultivate them all.” There is, finally, a further stage when balance means letting go to some extent of these three pursuits. As another passage in The Mahabharata says, “Withdrawing from them is the pursuit of Absolute Freedom.”

One helpful way of understanding the four aims is to compare them with Maslow’s Hierarchy of Needs. The psychologist Abraham Maslow, as you may recall, sought to describe how one’s unconscious objectives change over the lifespan. In an article entitled “A Theory of Human Motivation,” Maslow named five needs that, in sequence, impel us to improve ourselves:

As each need is met well enough for long enough, our basic motivation shifts to the next higher level, such that by midlife, assuming things have gone well, we are drawn toward self-actualization, and later, self-transcendence.

By way of comparison, the first four of Maslow’s motivations correspond to the aims of Pleasure and Prosperity. As we pursue these two aims, our physiological, safety, love, and esteem needs are met. Self-actualization, then, may be understood as the expression of one’s innate Purpose or dharma. Self-transcendence, especially as an identification with the Infinite, is Liberation, moksha. The parallels between these two ways of describing personal development are clear. When I find this kind of correspondence, I suspect we are dealing with our shared human experience, what Aldous Huxley called the Perennial Philosophy.

The Four Aims for Gay Men

For many of us, the first half of life is given to the pursuit of Pleasure and Prosperity. We don’t have to look far to find evidence of these pursuits in the gay community. From Body Electric to the best wines, many of us have refined Pleasure to a high art. Similarly, many of us excel in Prosperity. A recent study found that gay men “earn significantly more than comparable heterosexual men, a difference on the order of 10% of annual earnings.” This is a welcome change from only a few years ago, when gay men felt the economic impact of employment discrimination.

The challenge for us comes sometime on the far side of forty, when we realize that our capacities to pursue Pleasure and Prosperity are limited. Our bodies become less responsive to stimulation. We can no longer push ourselves through extended work hours and bounce right back. It is disconcerting to think that our best years may be behind us, that like Bob Bergeron, we peaked in our thirties. We’ve peaked, but only from the perspective of the young, a perspective in which Pleasure and Prosperity are paramount. We have not yet begun to reach our potential for Purpose and Liberation, or in Maslow’s words, self-actualization and self-transcendence.

That’s why I’m writing this blog. I want to explore what self-actualization and self-transcendence mean for us gay men. I want to explore it for myself, and walk with you in your quest for these high aims. I’ll be drawing together insights from the major wisdom traditions (from Buddhist to Sufi to Taoist), and the various humanistic and transpersonal psychologies (from Carl Jung to John Welwood). I’ll seek to apply all this to our gay experience. Over the next four posts, let’s get started by exploring the four aims from a gay perspective.

Welcome to The Gay Journey!

The four aims are kama…: The usual order is dharma, artha, kama, and moksha. This order places the first three in order of moral priority. In this post, I place them in the order in which they become salient in the life cycle.

6 thoughts on “The Far Side of Forty”

The Present Moment: A Spiritual Sampler 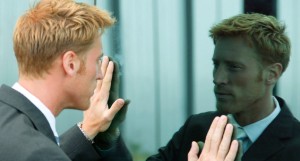 The Four Aims of Life (Series) 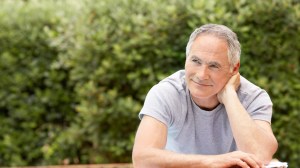 The Pursuit of Pleasure (2)

The Meaning of Means (3)